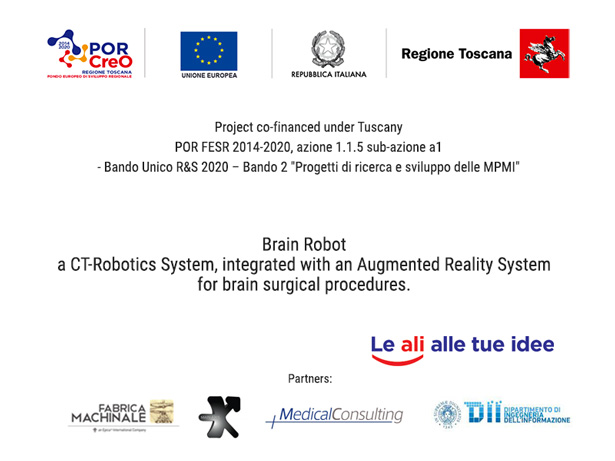 The goal of the project is to develop and test a prototype system for the aid of some surgical operations on the brain. This system assists the surgeon and allows him greater confidence in the success of the operation. The system consists of a robot mechanically connected to a portable CT scan, suitably adapted for the purpose, and is equipped with a robot positioning control system based on a SW capable of integrating the images coming from the CT scan and using them to plan the positioning. of surgical tools. In addition to what has been described, as an element to mitigate the risk of incorrect alignment of the robot with respect to the target identified during planning, there is also the presence of an augmented reality viewer that can be worn by the surgeon. With this viewer it is possible to independently calculate the position and orientation towards the target and view to the surgeon - in see-through mode - the real operating field, superimposing the theoretical direction of the surgical tool, in order to understand if the robot, once positioned, actually aim at the required target.